The New Orchard Gets Planted.

This year we planted our new 15 acre orchard in the heart of the Isle of Purbeck overlooking Corfe Castle. It’s been the culmination of 3 years hard work and planning.

The orchard consists of 6000 bush trees made up of 4 varieties, planted in rows, 16 feet by 7 feet apart. These include…..

These are good, solid, bittersweet apples that help to produce a quality cider, whilst having good vigour and growth characteristics.

And two historical varieties – Ashmead’s Kernall and Tom Putt, which originates from Dorset.

These are dual purpose; meaning they can be used for either apple juice or cider production.

All the varieties are in the same pollination group so will cross pollinate and crop at a similar time of year.

We ordered the trees three years in advance because they consist of three parts, which need to be carefully grown in a nursery orchard. Firstly, a root stock is selected depending on the soil quality of the site and therefore vigour required. A stem builder is then grafted to the root stock to grow a straight trunk. And finally, the variety of fruit is grafted to the top of the tree and grown on for 2 years to produce the final tree. We’re fortunate to source our trees from a legend of the industry, John Worle, who does all this work for us. 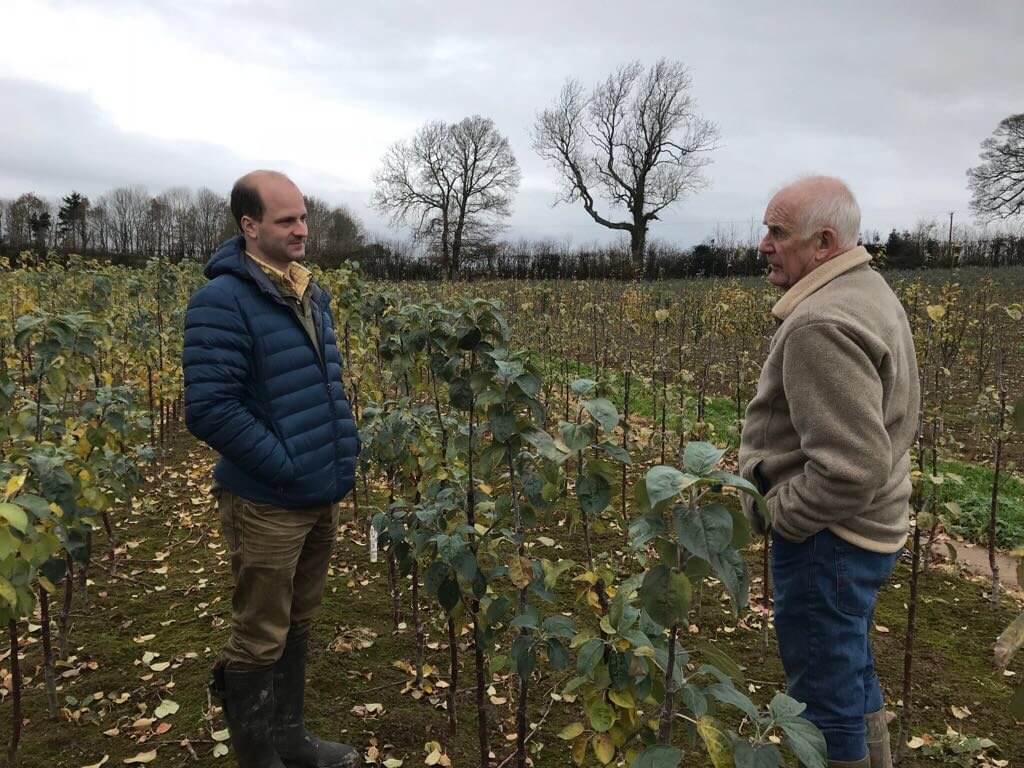 Due to the lengthy lead time, it gave us time to do the appropriate preparations in the field, which were not without their challenges. We began by fencing the perimeter with 1000m of deer fence and rabbit netting due to the wildlife in the woodland behind the farm. When the trees are older, this can potentially be taken down, but in their infancy unfortunately they would eat the tree. 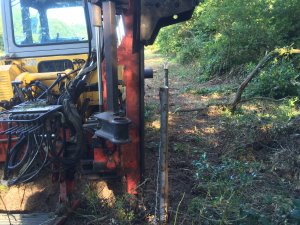 With one year to go until planting, we spread 200 tonnes of compost and planted a grass ley in order to build soil health and structure to give our young trees the best chance.

We then embarked on the project of draining the field. It’s really important that the trees roots don’t stand in wet soil for any period of time as this will cause an infection in the root. Due to some existing water mains running through the field, this made for interesting planning. But in the late autumn of 2016, we managed to get started with a chain trenching drainer and a team of men on a digger and a spade. 6000m of pipe and 400 tonnes of gravel later, our drainage system was up and running. 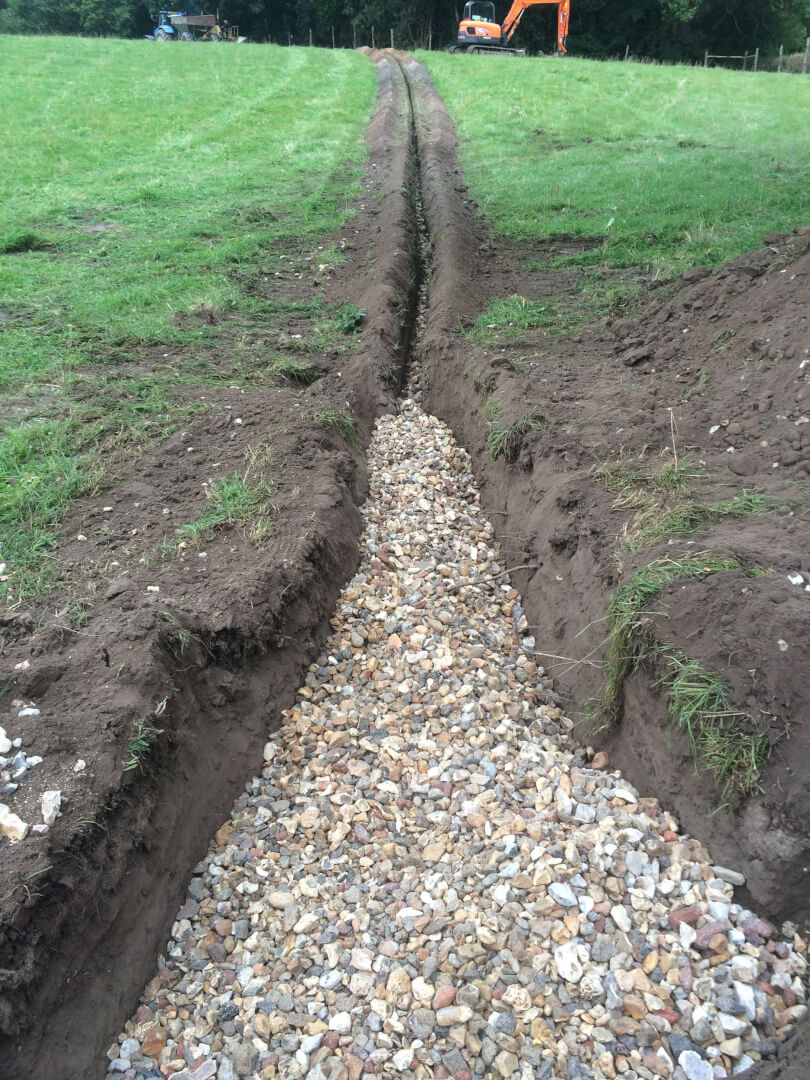 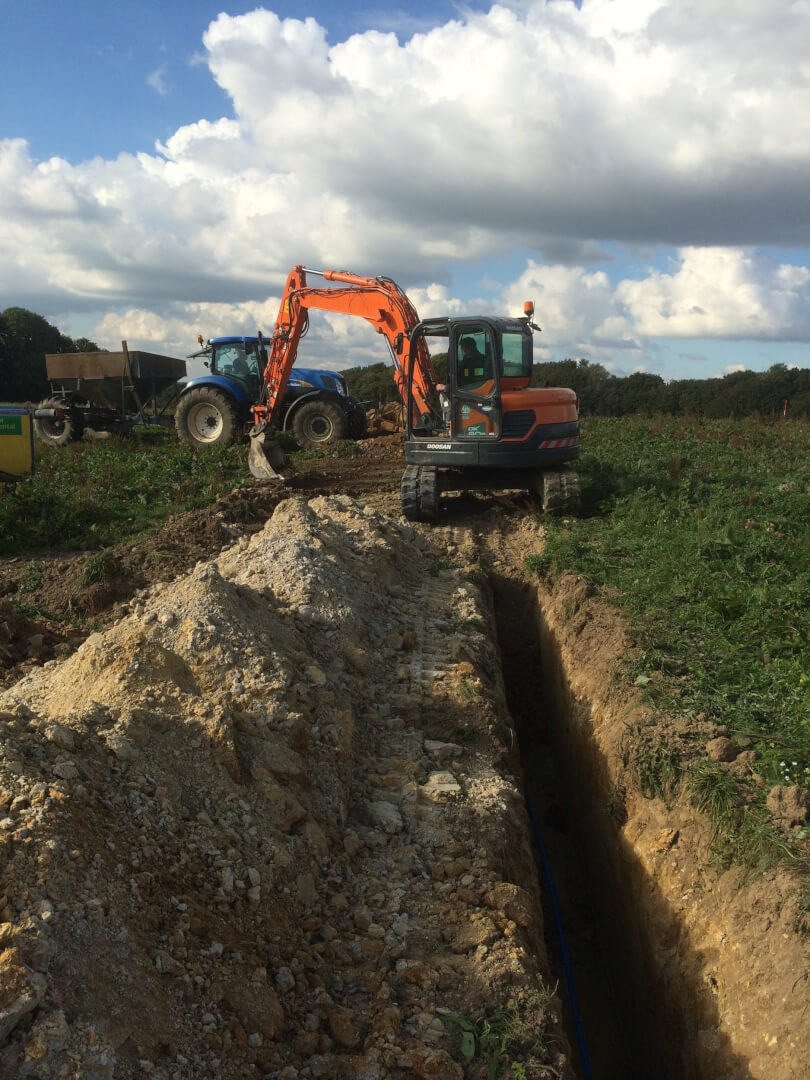 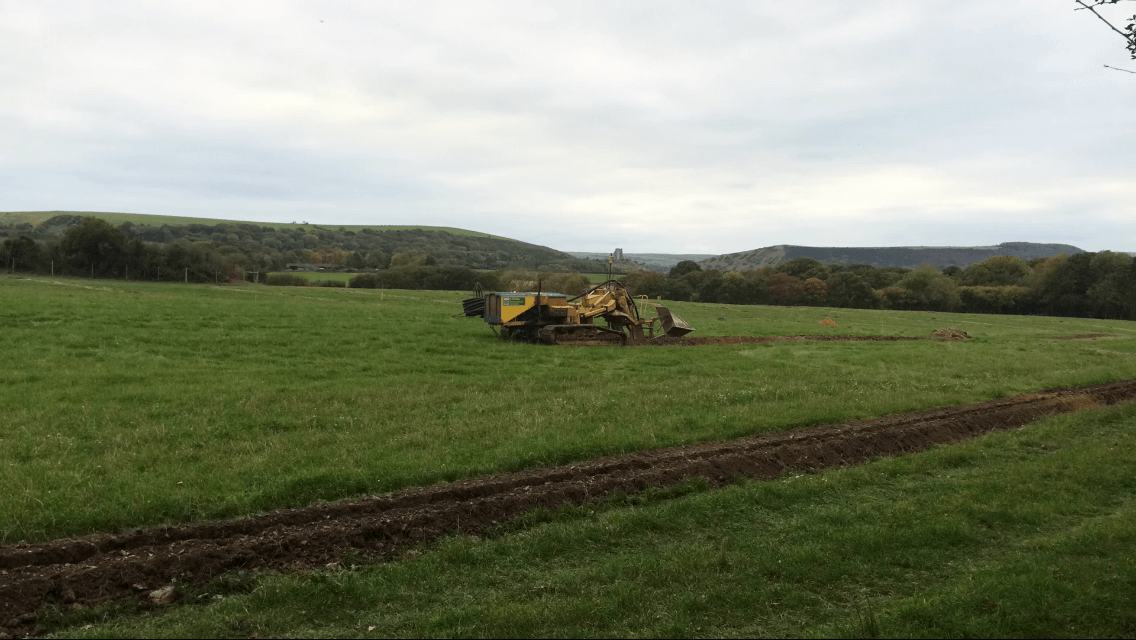 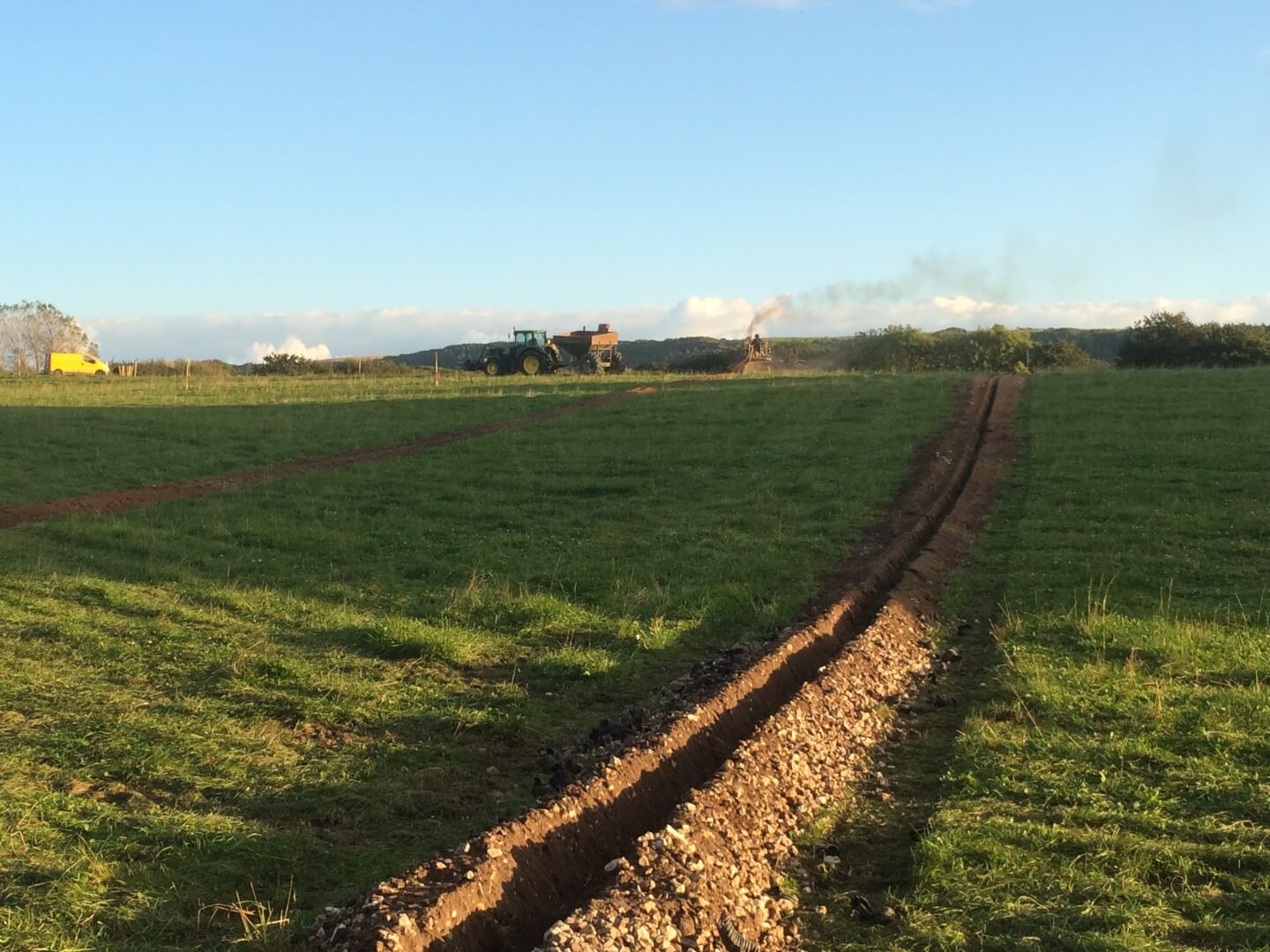 It was now time to cultivate the soil ready for planting in Spring ‘17 but the weather wasn’t on our side and the prolonged wet winter combined with other big projects in the cider shed meant that we didn’t get the trees in the ground. Thankfully the nursery could hold onto the trees for another year. So we kept our fingers crossed for a drier winter in 2018…!

In the Autumn of 2017, we began preparing the soil for planting. We subsoiled the field and then deep ploughed to 8 inches and then left it over the winter period ready to do the final cultivations in the spring. Little did we know that we we were about to witness one of the wettest winters on record. 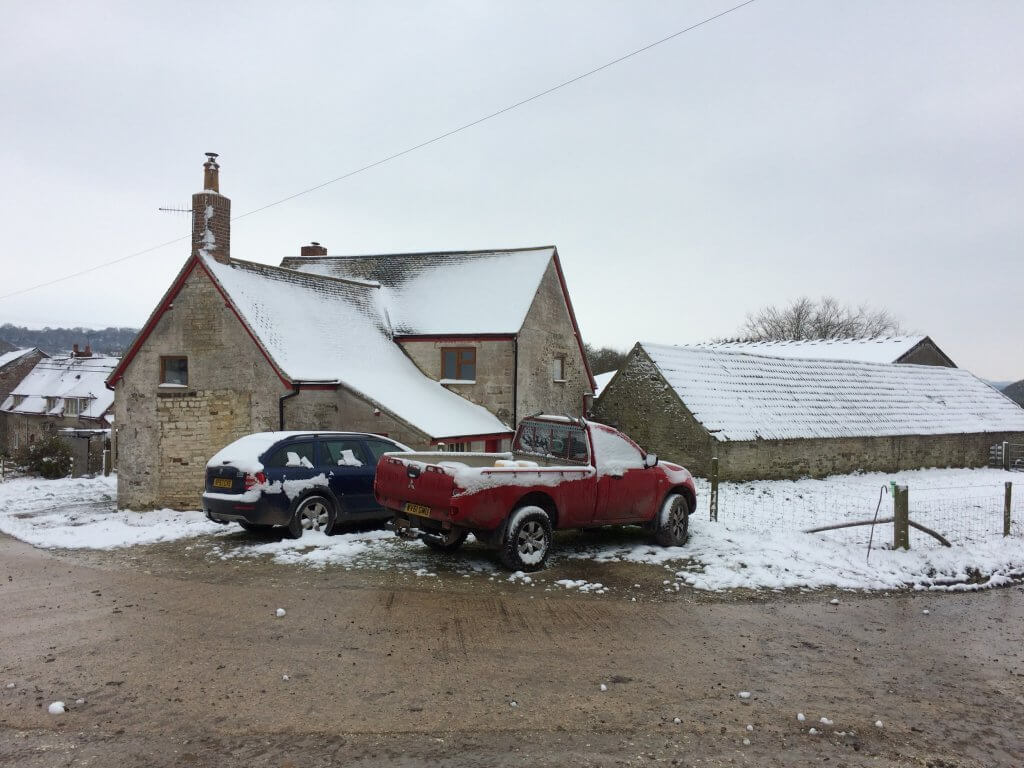 Apple trees are demanding on particular nutrients, therefore we did deep soil analysis in order identify any deficiencies that needed correcting. This showed that we needed to put on various mineral fertilisers as well as ground lime to top the indices up to the required levels.

In an ideal world, we would have planted in March, whilst the trees are still dormant and in their new seedbed ready to wake up for Spring. However, with such a wet and cold winter, we couldn’t gain access to the field to do the final preparations, which included nutrient spreading and cultivations to create a 6 inch fine tilth for the roots to establish.

It was a painful wait, and on a few occasions we got itchy feet, which resulted in various tractors and spreaders getting stuck. However, finally the weather was on our side and there was a freak hot week in April, which dried the soil enough for us to finish preparation. 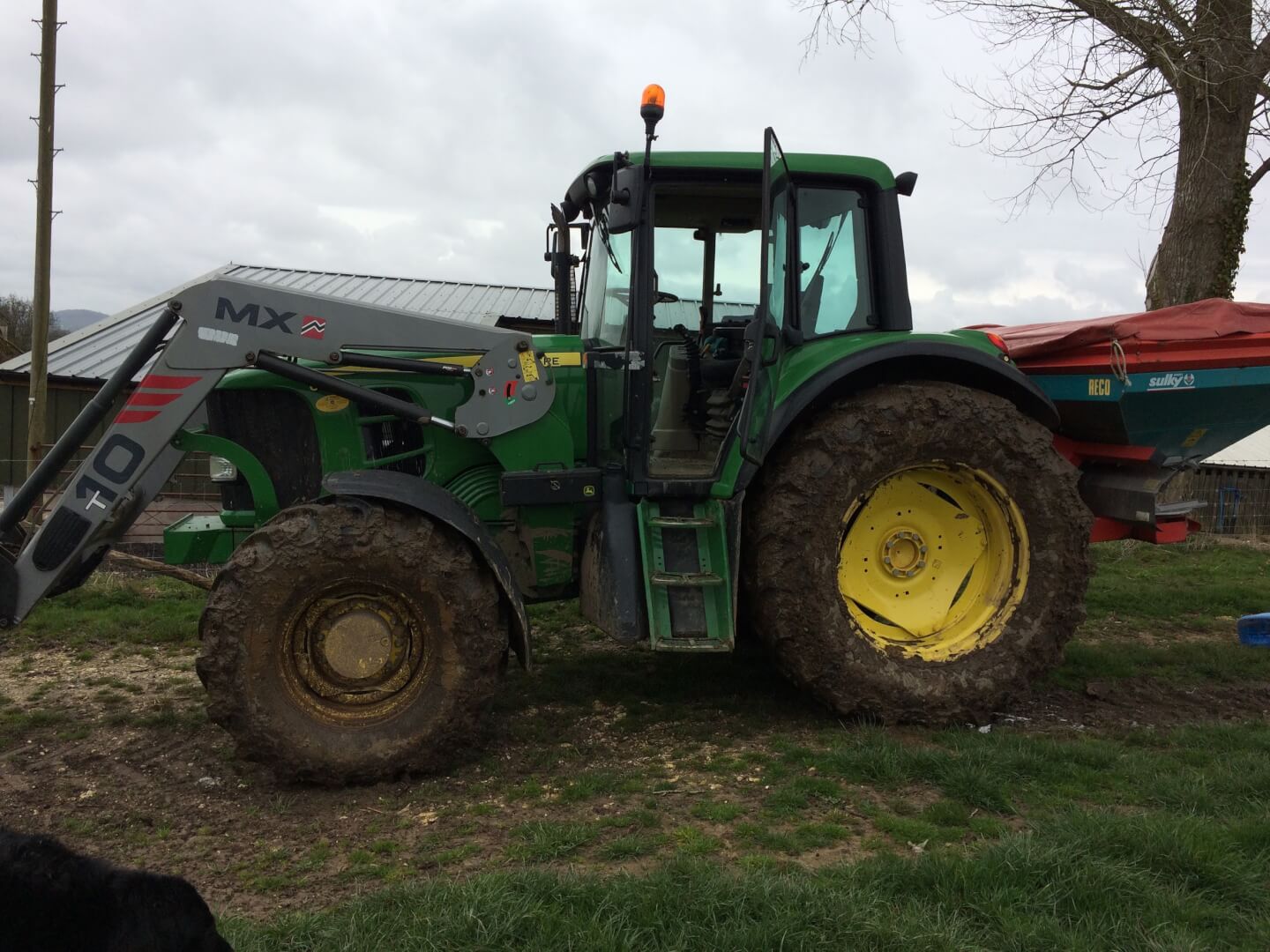 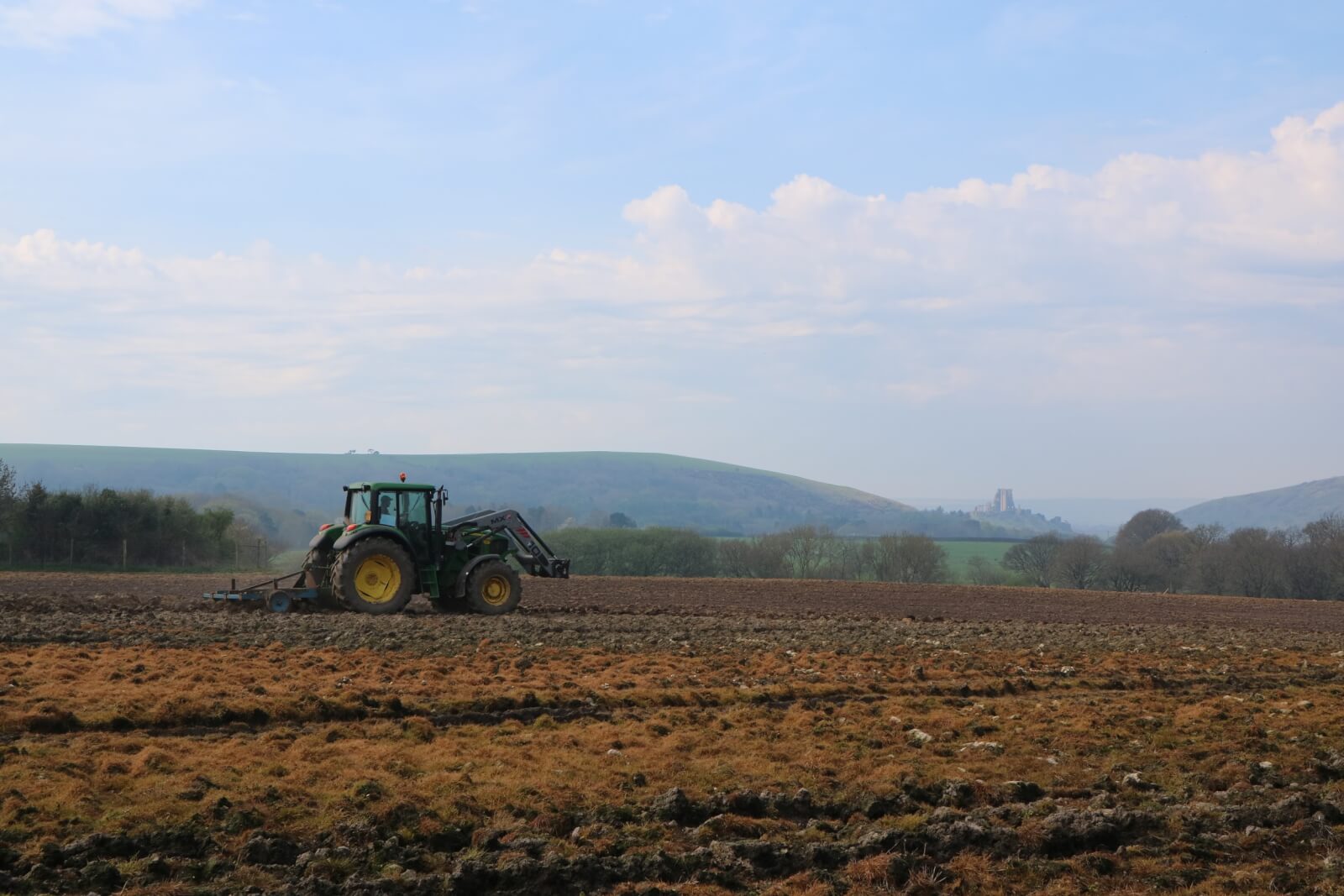 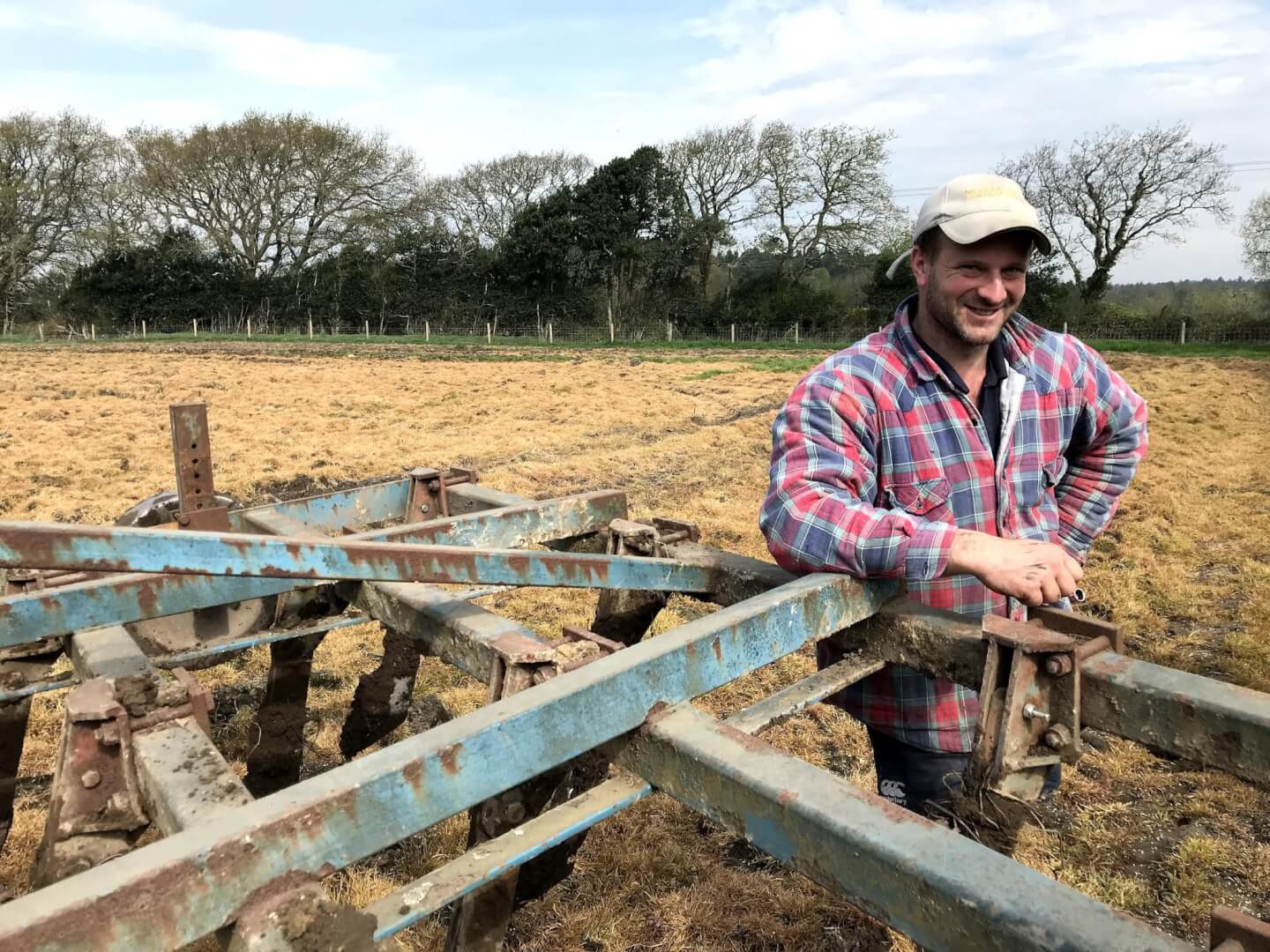 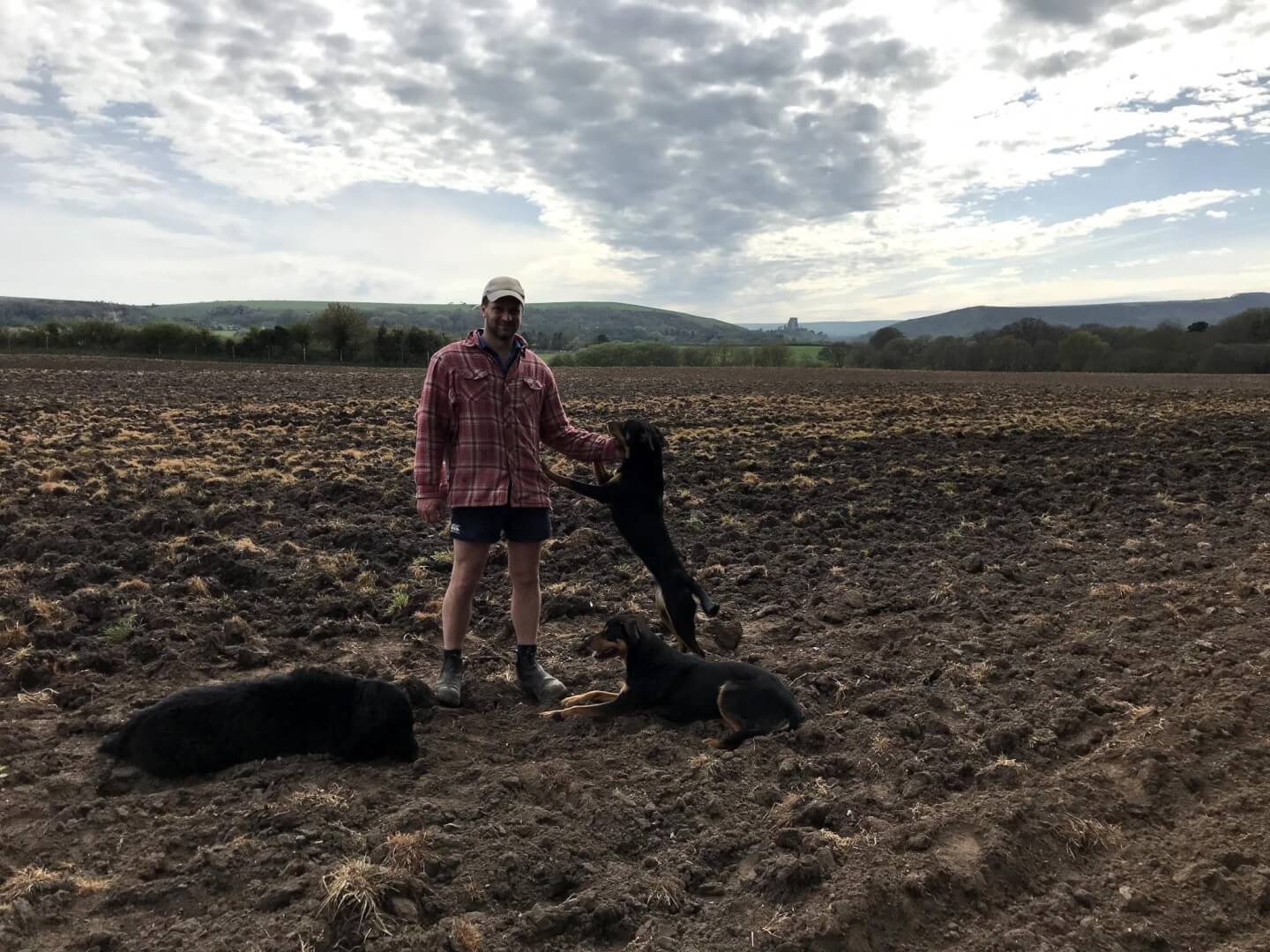 In the 3rd week of April, now one month late, we organised the trees to be collected and loaded onto a lorry. They drove overnight and arrived with us at 5am and we were planting the 6000 trees for the next 24 hours. Just as we finished, the heavens opened meaning the last 5 or 6 trees were planted by hand because it was so wet that we couldn’t even drive in the field. But this didn’t matter because the trees were all finally planted and being nicely watered in! 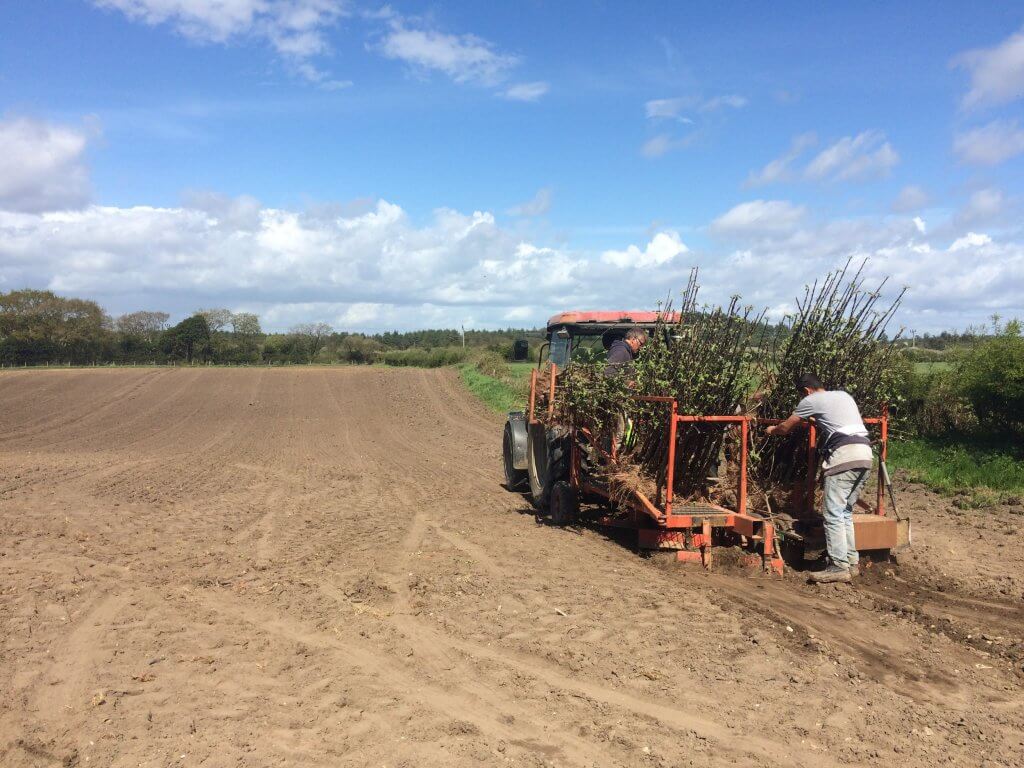 To finish off this update, I’d just like to say a big thank you to everyone who’s been a part of achieving this goal. I can’t say its been easy and it continues to throw its challenges but its hugely rewarding to see the orchard in place and we’re massively grateful for all of the support.